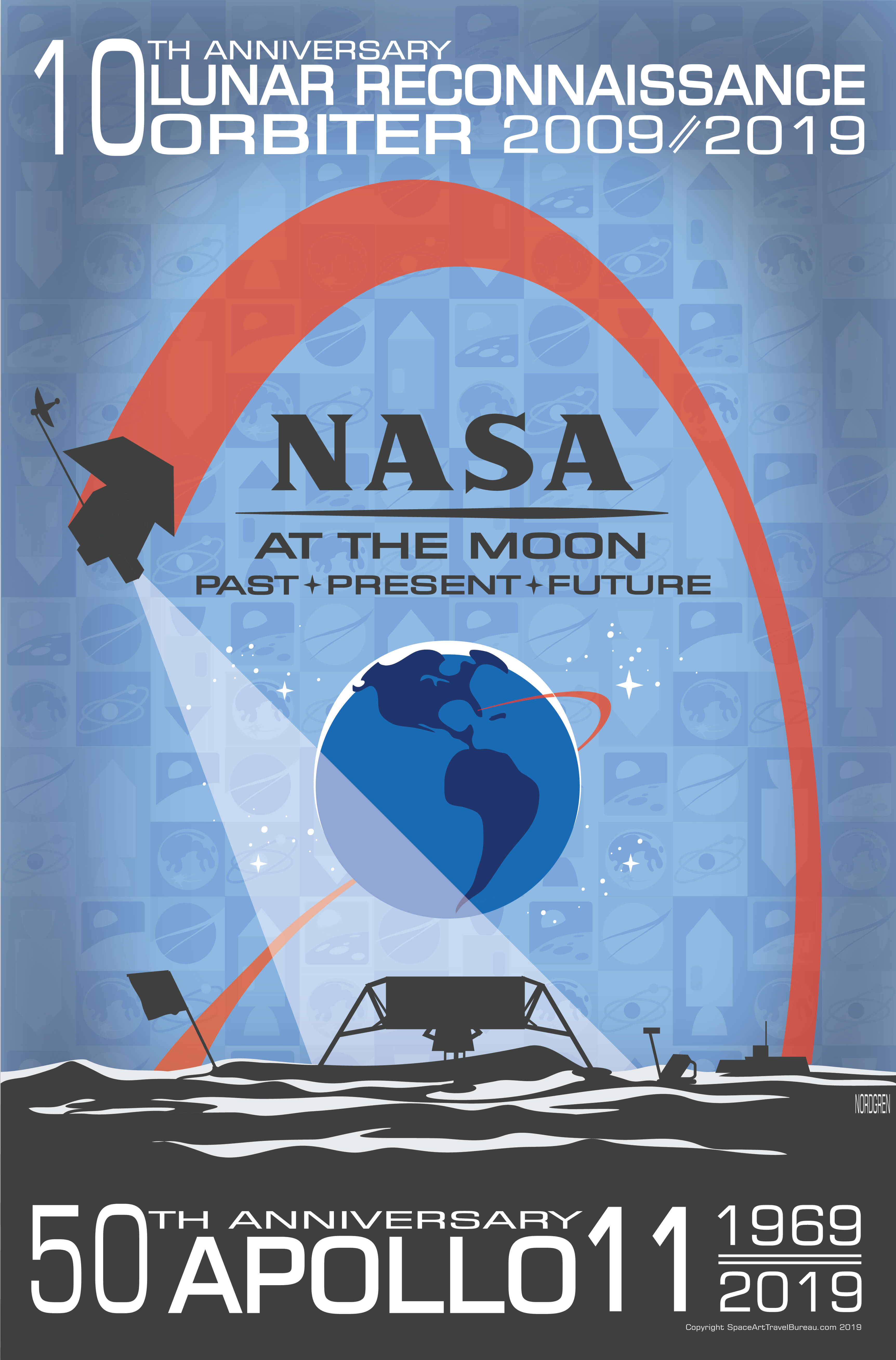 This poster commemorates two landmark lunar anniversaries. On July 20th 1969, humans set foot on the Moon for the first time. At the time, little was known about the history and composition of Earth's nearest celestial neighbor. The samples that Neil Armstrong and Buzz Aldrin collected, followed by the science and samples from the other Apollo missions, allowed scientists to measure the age, composition, and other properties of the Moon and to apply that understanding to other objects in our solar system.

50 years later, the Lunar Reconnaissance Orbiter (LRO) celebrates its 10th anniversary in orbit at the Moon. Launched on June 18, 2009, LRO has built on NASA's legacy of lunar science and exploration. In its 10 years, LRO has identified valuable resources on the Moon- including water, and has measured current and ancient impact rates, determined the time period of dormant volcanic activity, and made detailed temperature and topographical maps. Data from LRO will be used to identify the next sites for human exploration in the decades to come. 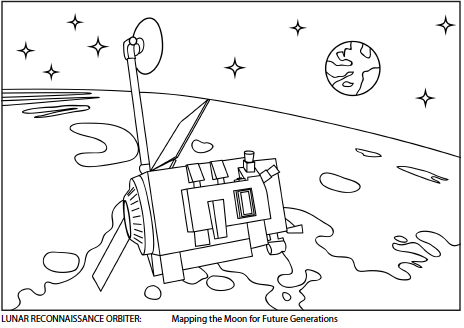 Color an outline of NASA's Lunar Reconnaissance Orbiter spacecraft as it orbits the Moon. 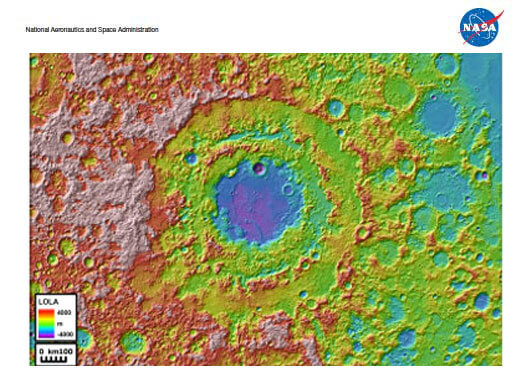 LRO : The Impact History of the Moon

Meteor impacts can radically alter the surface of a planet. Scientists used data from the Lunar Orbiter Laser Altimeter (LOLA) instrument on board LRO to build a map that highlights lunar craters with greater clarity than ever before 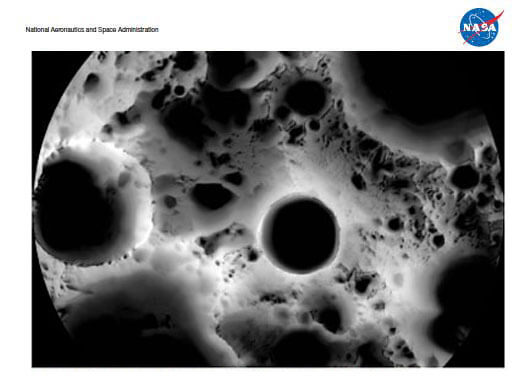 Data from prior lunar missions such as Lunar Prospector suggested that the Moon's polar regions may be hiding ice. One of the primary reasons the Lunar Reconnaissance Orbiter (LRO) was placed into a polar orbit around the Moon was to search for water near the Moon's poles. Scientists use data from several LRO instruments to piece together the story of water on the Moon.

The Moon started off hot, but where did the heat come from? Scientists look for scarps, steep slopes on the surface of the Moon's crust, as an indicator of its cooling history. Scientists have found hundreds of previously undetected scarps in LRO images. Lunar Reconnaissance Orbiter Camera (LROC) data have shown that many of the newly discovered scarps which could be as young as 50 million years old, suggesting that the Moon continues to cool even today. 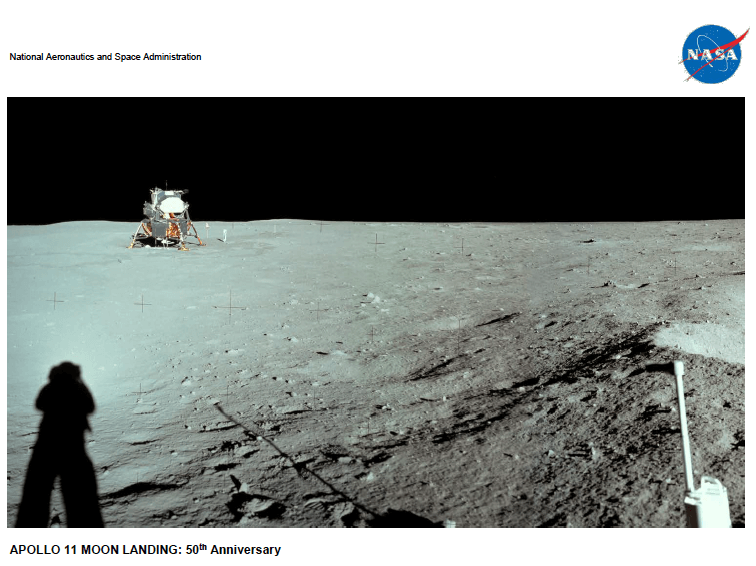 Legacy of the Apollo 11 Moon Landing

Looking Back Fifty Years : When Neil Armstrong, Buzz Aldrin, and Michael Collins first embarked on their journey to the Moon on July 16, 1969, no human had ever set foot on another celestial body. Apollo 11 was a landmark step in our exploration of the Moon. 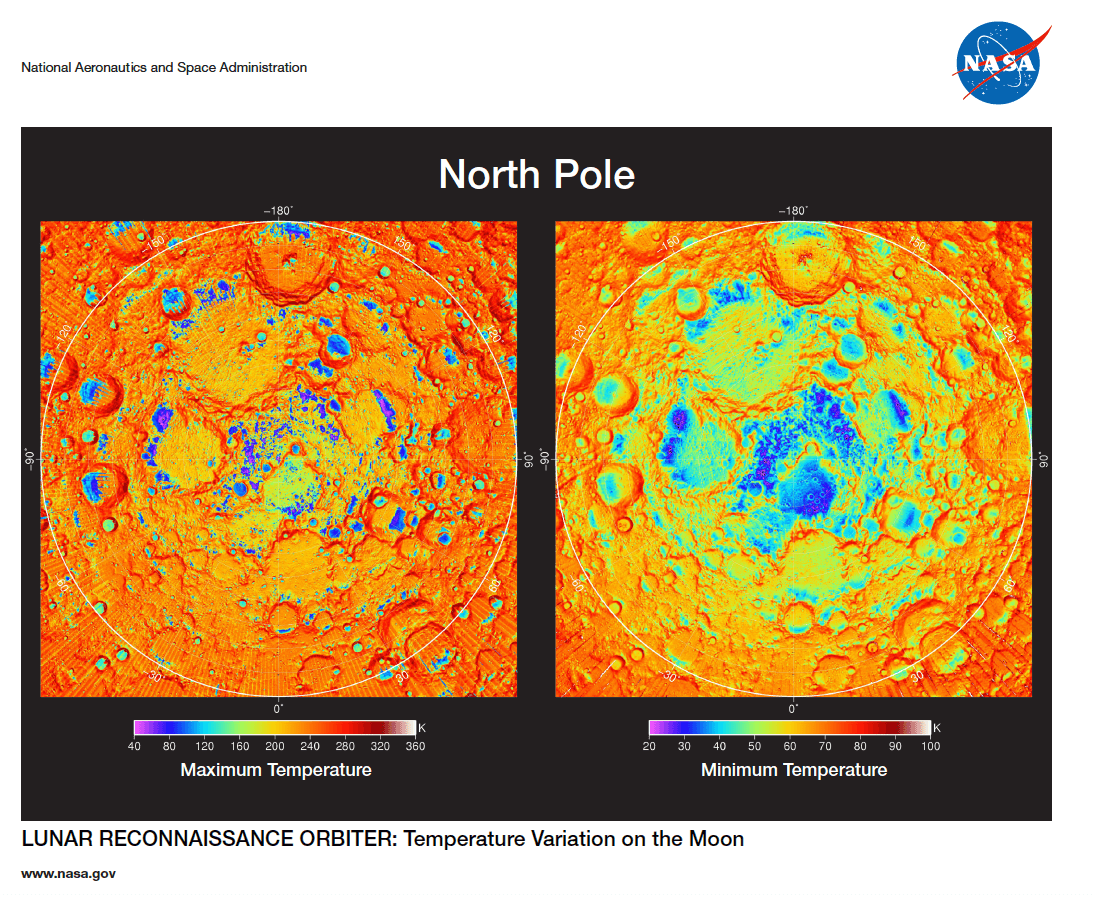 Temperature Variation on the Moon

The Diviner Lunar Radiometer instrument onboard the Lunar Reconnaissance Orbiter (LRO) has been mapping the temperature of the Moon since its launch in 2009 . 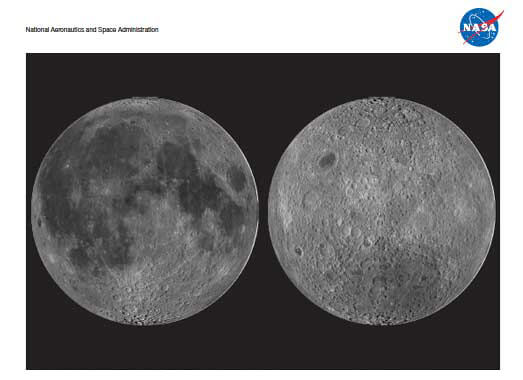 A picture is worth much more than a thousand words. Although scientists rely on a great variety of instruments to gather data about the Moon, detailed photographs remain one of the dominant sources of information. 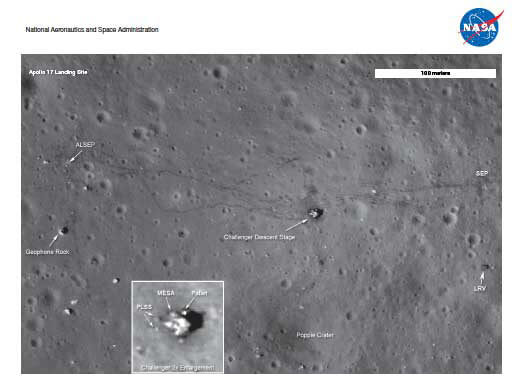 In 1972, the Apollo 17 crew set up science experiments and gathering samples of lunar rocks and regolith (soil) to bring to Earth for analysis. Forty years later, the Lunar Reconnaissance Orbiter Camera (LROC) imaged the landing site with enough detail to see the tracks of the rover and footprints the astronauts left behind! 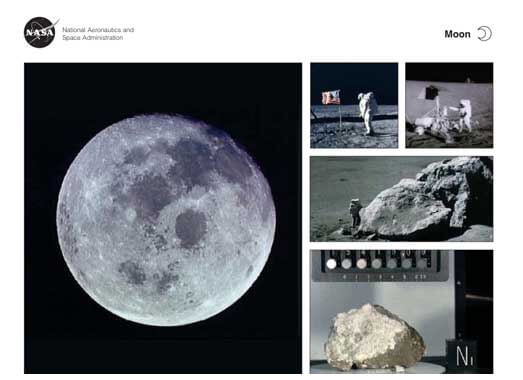 These lithograph images show the face of the Moon taken by Apollo 11 astronauts. Astronauts Edwin Aldrin, Pete Conrad and Harrison Schmitt are shown in other photographs on missions to the lunar surface. 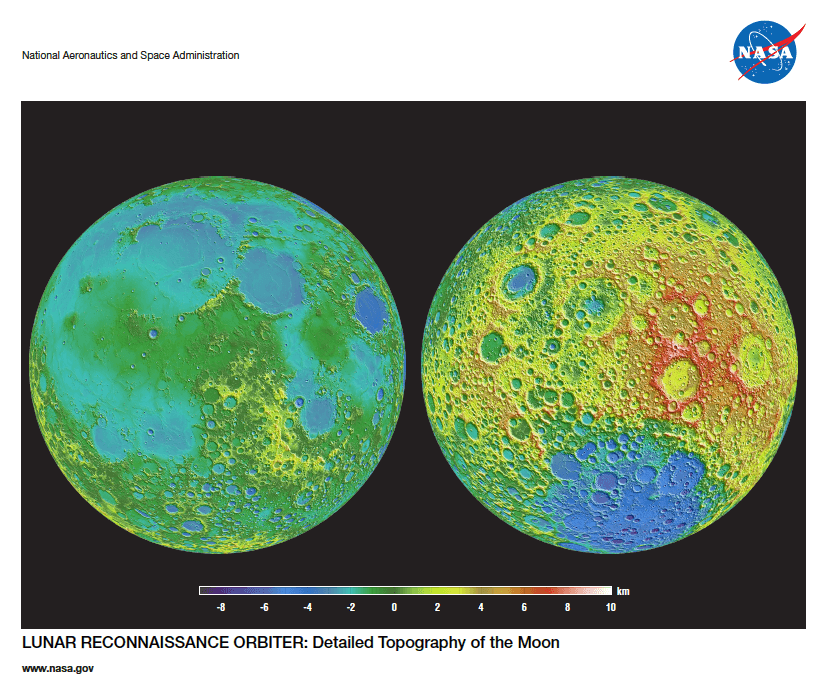 Detailed Topography of the Moon

The shape of a planetary surface tells scientists a lot about how that surface formed and changed over time. 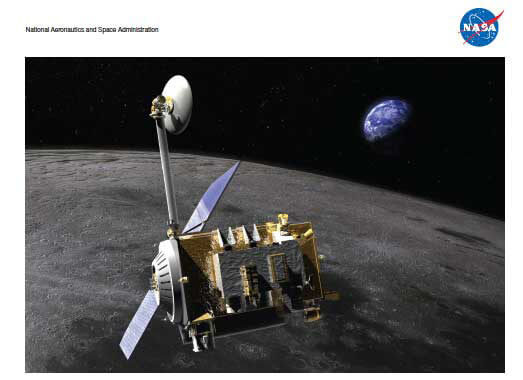 With the Lunar Reconnaissance Orbiter (LRO), NASA has returned to the Moon, enabling new discoveries and bringing the Moon back into the public eye. 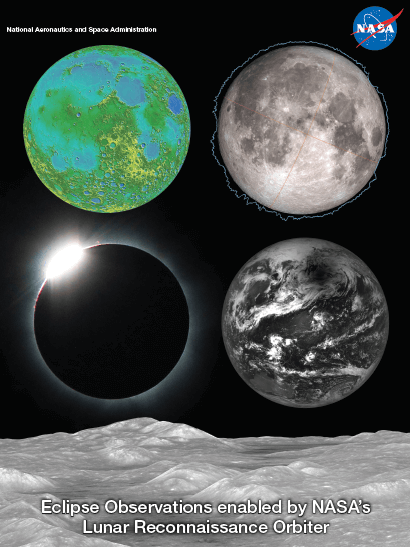 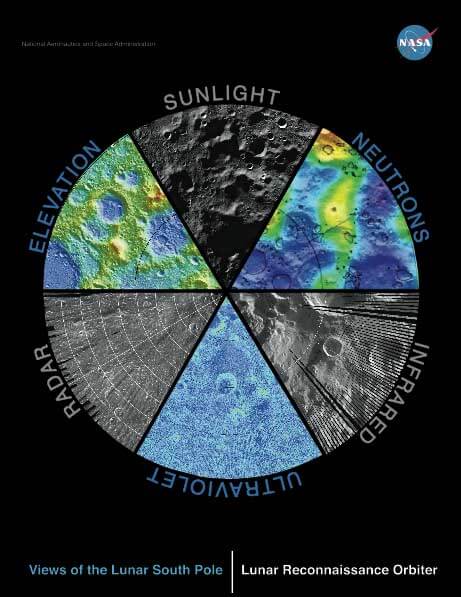 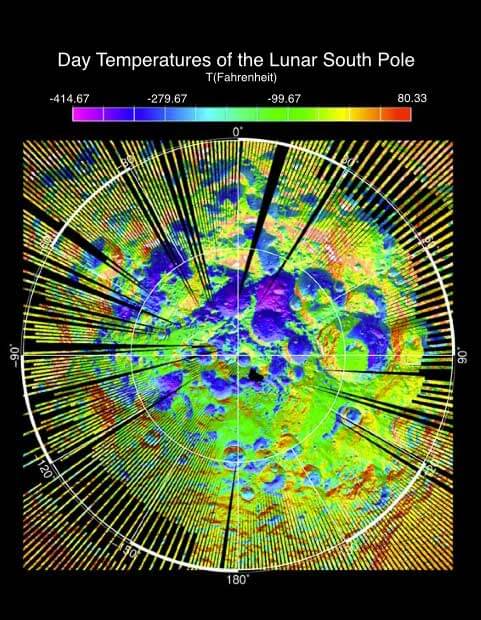 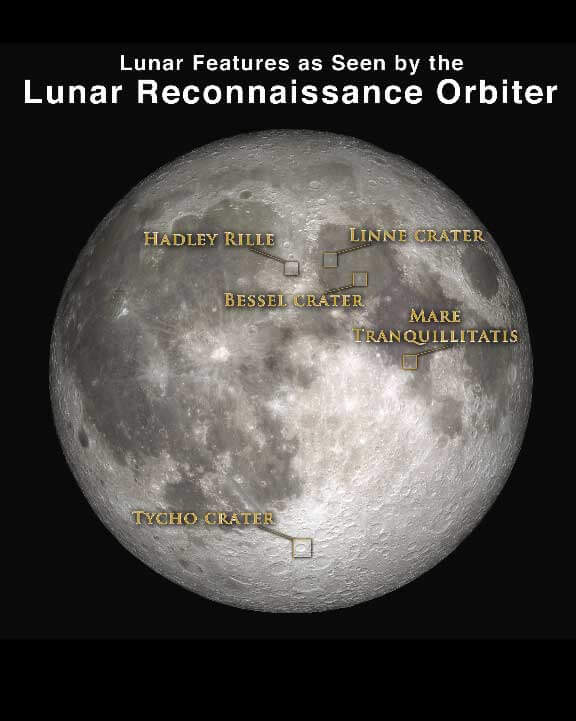 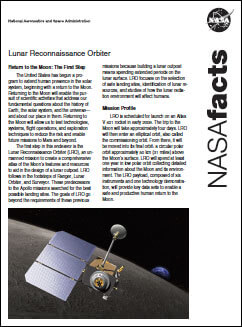 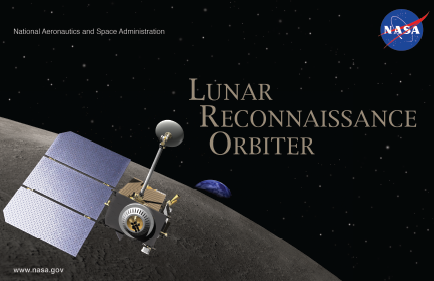 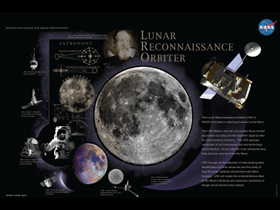